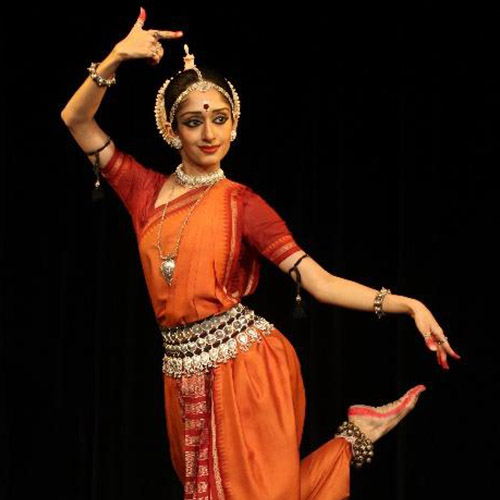 Arushi Mudgal is one of the foremost young talents in the field of Odissi and is known for her technical virtuosity and creative approach to traditional Indian dance. She has trained under her aunt and Guru Smt Madhavi Mudgal at the Gandharva Mahavidyala in Delhi. Arushi has aldo had the opportunity of studying under great maestros and dancers such as Guru Kelucharan Mohapatra and Smt Leela Samson.

Arushi Mudgal tours extensively as a soloist performing at various prestigious Festivals in India and abroad. She has performed at some of the finest venues such as in France at the Théâtre de la Ville, at the Museé Guimet, the Cité de la Musique and the Maison de la Danse. She has given performances at renowned festivals in USA, Great Britain, France, Germany, Malaysia and Singapore.

Arushi choreographs her performances herself, always looking for the Plurality in the creation, and seeking a fusion between traditional and contemporary interpretations of her themes. Her recent projects include ‘Sama’, a contemporary work with Roland Auzet, a French percussionist that was premiered in May 2014 at the famous Steps Festival of Switzerland and continues to tour in France.

For her contribution in the field of Odissi dance, Arushi Mudgal has been presented with various awards. 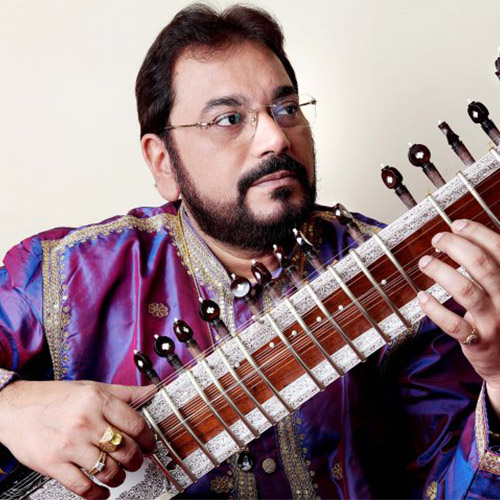 Pandit Kushal Das is one of the iconic maestros of Indian Classical music. He was born into a well-known musical family in Calcutta. His grandfather, late Shri Bimal Chandra Das was a renowned ‚Esraj‘ player and his father, late Shri Sailen Das was a highly reputed sitarist. Kushal started his training at the tender age of five under the guidance of his father and uncle and received an intensive and rigorous training in advanced sitar techniques. With a profound knowledge of music and raga improvisation Pandit Kushal Das’s concerts are always marked for their aesthetic appeal and insight with a fine command of technical expertise.

Kushal Das is one of the most renowned Indian Classical performers today and has been invited to major concert festivals in India, Europa and the United States. These include the Swami Haridas festival in Delhi, Philharmonie in Paris and Darbar at the Queen Elisabeth Hall in London.

Pandit Kuchal Das is a “Top-grade” musician of All India Radio and Doordarshan. 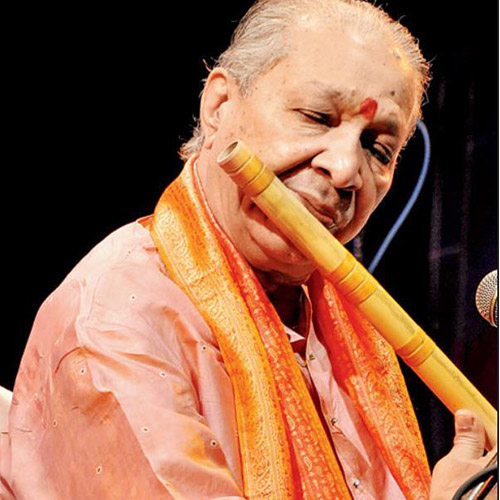 Pandit Hariprasad Chaurasia is one of the legends of Indian Classical music and the performer par excellence and pioneer of the Bansuri flute.

Pandit Hariprasad Chaurasia, the internationally renowned exponent of the bansuri or bamboo flute, surprisingly does not come from a long lineage of flautists. His father was a famous wrestler who had aspirations of his son following in his footsteps. Hariprasad Chaurasia was born in 1938 in Allahabad and began his musical training at the age of 15.  He is particularly renowned for his wonderful raga improvisations and his fine technique.

Pandit Hariprasad Chaurasia has been instrumental in integrating the bansuri into Indian classical music. He has contributed greatly to bringing classical Indian music to the West and has collaborated with many western musicians, amongst others John McLaughlin and Jan Gabarek. Hariprasad Chaurasia was a guest musician on the Remember Shakti Tour, together with Zakir Husain and John McLaughlin. He performs at prestigious festivals throughout the world.

He has been conferred with many awards and titles, both in India as also in the Netherlands and France. In 1992 Pandit Hariprasad Chaurasia was awarded India’s highest order, the Padma Bhushan. He holds the “Officier in de Orde von Oranje-Nassau” Order as also the “Ordres des Arts et Lettres”, amongst many others. Pt. Chaurasia has been teaching music at the Rotterdam Music Conservatory for the last fifteen years and is the Artistic Director of the Indian Music Department.